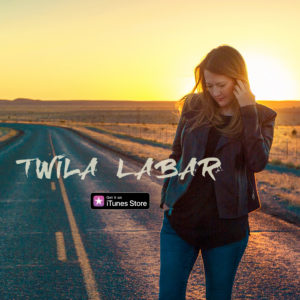 TwilaLaBar is an award winning songwriter with a diverse background in songwriting and music production. In 1995 Twila moved to Nashville, TN to pursue songwriting. McSpadden-Smith Music offered LaBar her first exclusive songwriting contract and over the course of 14 years in Nashville, LaBar was a staff songwriter with three other Christian music publishing companies, Spring Hill Music, Word Music and Universal Music Group-Brentwood Benson.

LaBar’s versatile style of songwriting has crossed genres with songs recorded in the Contemporary Christian, Worship, Southern Gospel, Gospel and choral genres of Christian music. Hundreds of her songs have been recorded by Christian groups, choirs and artists, including Vince Gill, Dottie Peoples, Michael W. Smith, Avalon, and many more. She has garnered number one, top five and top ten songs on Christian music charts. She also has produced several independent artists’ albums. LaBar is a three time nominee for Songwriter of the Year for the Absolutely Gospel Awards. In 2007 LaBar received a Dove Award nomination for Inspirational Song of the Year for her song “Orphans of God,” recorded by the popular Christian group Avalon. In 2008 LaBar was awarded a Southern Gospel Music Guild Harmony Honor for having two songs in the top ten Southern Gospel songs of 2008 and received a Dove Award nomination for Southern Gospel Song of the Year for “Orphans of God,” recorded by the Talley Trio. That same year she was also awarded a BMI award for “Orphans of God,” for one of the most performed songs on Christian radio. “Orphans of God” has been become a favorite among Christian music fans all over the world.

In addition to directing Blanche, Twila recorded a west Texas country styled arrangement of “Just a Closer Walk with Thee” and appears in a scene in Blanche singing this beloved old hymn. She also composed and recorded two songs for the soundtrack, “Saddle Up” and “The Miles Don’t Even Matter,” featuring talented new country artist Jordan Kirkdorffer, a contestant on The Voice in 2018.

Songs from the Blanche soundtrack are available to purchase on iTunes, Amazon Music, Google Play Music and to stream on Spotify, Apple Music, iHeart Radio and YouTube Music.