THE STORY OF THE ORIGIN OF BLANCHE 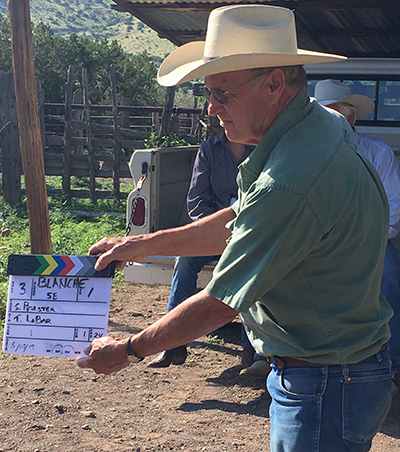 The inspiration for “Blanche” began on a ranch south of Alpine when Tommy’s bird dog attacked Mady’s favorite hen. Feathers flew, but Tommy assured Mady that T-Bird has a soft mouth and did no harm.  Later in the afternoon at a sundowner in Suzanne’s backyard, concern was raised – what if Mady’s favorite hen does not survive the trauma? Ed, a personal injury lawyer visiting from Los Angeles, recommended that Tommy hire an attorney “just in case” and handed Tommy his business card.  Back at the ranch the same evening, Judge Stubblefield swore the little hen pecked on the glass door, seeking help. The attorney Ed, reflecting that his forty-year legal career was grounded on helping the aggrieved, texted Tommy that the little hen had engaged his services, and even though no physical injuries were evident, nevertheless she suffered from pain and anguish, and to expect a trial by jury. Judge Stubblefield, in a burst of brilliance, named Ed’s new client Blanche.

Fast forward a few months. Natalie, Steve’s daughter, a film major at Sul Ross University is looking for a West Texas story. The episode with Blanche stirred my memory about a bet made years earlier in Fort Stockton.

Since their founding, Ft. Stockton and other small West Texas towns lacked venues for entertainment. Far from cities – Odessa is 90 miles, Midland 110 miles, El Paso 240 miles – the only entertainment was drummed up by people’s imagination, often involving the vast landscape of the Chihuahuan Desert and alcohol. Beer joints, now all extinct, proliferated as social centers where citizens discussed daily happenings, and for entertainment made bets with each other – bets on horse races, man-horse races, car races, car-airplane races, turtle races…any kind of contest to enliven a weekend. 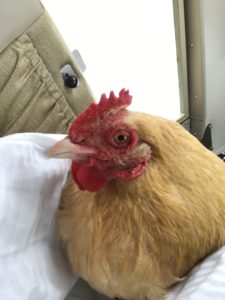 In the late 1950’s, one such bet engaged the entire community: a bet between Jack Thornton and Louie Granger on whose chicken could fly the farthest. The two bettors enlisted Bill Hargus, an ex-WWII fighter pilot who owned a Piper Cub he used for shooting coyotes, to take the chickens up in his airplane and drop them simultaneously from 1,000 feet. The last chicken to land wins the bet.

Unbeknownst to the two bettors, Bill Hargus bet heavily on one of the chickens. As his airplane gained altitude, Hargus reached behind his pilot’s seat and plucked feathers from the chicken he was betting against. When the chickens were dropped, one glided in large spirals back to earth and walked away. The other chicken dropped like a rock and did not survive the ordeal. Losers cried “fowl play!”

As with many legends, different versions of the chicken bet proliferate. The bet, in whichever version, captured my imagination as a West Texas story made for a movie. Thus…the origin of Blanche.